Storytelling in the Land of the Morning Calm 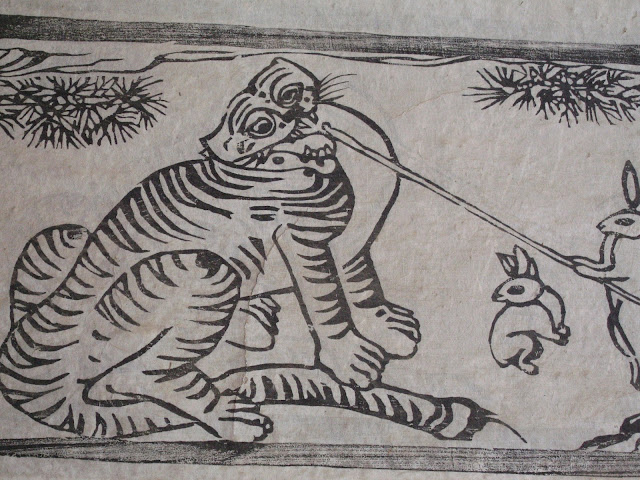 Storytelling is alive and well in Korea.Sef Townsend tells of the extraordinary'one person epic', Pansori, recently designated by UNESCO as 'a Masterpiece of Oral Tradition
and Intangible Heritage of Humanity'

In the modern technological society of South Korea, which is recognised as the world’s most ‘wired’ society, the average Korean, as well as being extremely tuned in to everything to do with electronic gadgetry, computers and the internet, will be just as tuned in to the rich and varied folk beliefs of their country. Koreans are much more willing than their Western counterpart to believe spirits exist in every part of nature, and will see nothing unusual in seeking guidance from stories.

In Korea there are stories wherever you go: every river, mountain or animal has its spirit and its story. Tourist brochures will print the story associated with the particular places they’re promoting and, when going go to see a shaman, (as you do in Korea), you’re quite likely to hear stories in the middle of the ‘kut’, or ritual, whose main focus is cleansing the spirit of a deceased relative. Although everyone is concentrated on and careful to summon and appease the right spirit to intercede for their loved one, and will want to ensure that the kut runs smoothly, they’ll also be laughing along at the, sometimes bawdy, humour of the Mudang or shaman, and will enter completely and comfortably into the tales of the Blind Man, the Man Hiding in the Straw, or The Pregnant Girl, usually illustrated by mimicry or by the simple gesture of stuffing a cushion up the front of the tunic of the usually very senior, and most often female, mudang.
At the popular country fairs or themed tourist parks you would go, for example, to see the tightrope walker, not only for his skills in equilibrium but to hear the funny tales without which you’d come away feeling he wasn’t doing his job right.

Amidst all this comfort in the world of story, in a land of natural storytellers, you’d think there’d be no room for anything else, but that’s until you come across the ‘Masterpiece of Oral Tradition’, the heightened and highly developed Art of Pansori.
A Pansori performance will be presented by a solo singer-teller, holding a fan in one hand and accompanied by a ‘gosu‘, a drummer, who, while playing with hand and stick on his barrel drum, (‘buk’), enlivens the mood of the performance by shouting words of encouragement , or by replying to the Pansori performer as if s/he were a character in the story.
The interaction between the Pansori performer, the gosu and the audience is a three -way exercise in communal participation and therefore integral to the overall Pansori performance. The audience too knows when to respond with ‘chuimsae’ or stylised encouragements , thus taking its part in enabling the story to live.
The combined effect of heightened vocals in the telling, song intervals, precise but economic gesture, elegant and noble outfits (high waisted voluminous shirts for the women, black horse hair scholar’s hat for the men) contrasted with gravely and rasping voices with absolutely chilling vocal emotion and rhythmic accompaniment, is nothing less than riveting!
The main reason for the electric atmosphere at a performance of Pansori is the quite simply extraordinary use of the voice of the performer. As well as narrating, bearing the message of the story, the voice itself is at the essence of the story - the ‘text of tradition’- the ‘han’ which lies at the centre of the artist’s work and is meant to carry all the pain and the suffering, as well as the joys and hopes, of the characters. What’s the use of hearing of a broken heart?…the audience wants to HEAR the heart breaking, the cry of anguish….and it usually will do so.

After his recent research at The National Centre for Korean Traditional Performing Arts in Seoul Sef has been presenting programmes of Korean Stories at The Korean Cultural Centre UK; The British Library; and at schools, libraries and storytelling clubs in the UK, Europe and The Middle East.